I am delighted to announce that three of our former pupils have been selected to lead their schools. Ali Ahmed was chosen as Captain of School for Bolton School, Tom Duke is Head of School at Lancaster Royal Grammar School and Aliyah Patel is Head Girl at Preston Girls’ Muslim School. What a fantastic achievement Highfeldians!

Isabel Street has recently received a place in the National Schools’ Symphony Orchestra. She began learning the oboe in Year 4 at Highfield.

Two former pupils have also gained success in sport. Rachel Greenwood was selected to play for Oxford against Cambridge and Natalie Panagarry has been selected for the England Netball Squad and she captained Loughborough Lightning to their first Super League title at the weekend at the Copper Box Arena in London.

(Mrs Street will be responsible for the class on a Monday)

(Mrs Martindale will be responsible for the class on a Friday)

The children will have the opportunity to meet their new teacher on Move-Up Afternoon on Monday 12th July.

Last week, Year 1 took part in a live dance lesson with the Amoyo African Dance workshop in Cape Town South Africa. The workshop was led by Nandipha Sandlana and Mandisa Qwesha; two experienced dance teachers who used the Djembe Drum for the music. After the initial warm-up, the children were taken through an icebreaker activity which introduced the African dance positions. The session gradually built up to learning the full dance which was a minute and a half in length. The session finished with a can rhythm dance using tin cans. This created a lot of noise which was very popular with the children! Year 1 thoroughly enjoyed the morning and interacted with the dance teachers throughout. It was really impressive to see how we can use the technology, that has developed over the last year, to give the children this amazing experience. A big thank you to the Anoyo Foundation and Miss Burns for arranging this exciting event.

A Highfield tradition is for our Year 6 children to write a story and then read it to our Reception children. It is an extremely valuable experience for both Year 6 and Reception and I am delighted that we were able to continue with it this year, albeit outside, in small groups and at a safe distance. Below is an extract from Neelesh’s story. There are pictures of the experience on our Facebook pages.

Trapped in Time by Neelesh and Isa 6P

Trees covered the ground in every direction.  And there, directly in front of me, was the largest tree of them all. Engraved in the wood was a sign that read: YOU ARE TRAPPED!! IF YOU CAN GET PAST THE CHALLENGES OF THE FOREST, YOU ARE FREE TO GO! Whilst I read, the forest seemed to whisper the same words in my ear menacingly.  For some reason, I felt excited and terrified at the same time. I knew I was in danger, but I wanted an adventure. And it seemed like I was going to get one.

After a while of exploring the area around me, something wooden popped up in front of my eyes.  Edging around to see what it was, I saw that it was an arrow pointing forward.  So, I followed the direction in which it was pointing.  After a few minutes of walking, it opened up into a clearing.  There lay a golden bow with a sack of silver arrows on a table. Trembling with nerves, I picked up the bow and arrow, similar to the first one I used.  Quickly, wanting to get this over with, I took hold of the vine, speedily swinging to the next one.  The arrow was already in the bow, and as I found a rhythm to the swinging, I shot the arrow aiming straight for the target; I had done it in mid-air – it found its target, but my hand nearly slipped off the vine.  I just managed to get my grip back onto it before I fell. Landing on the other side, I realised I had finally completed the third and final challenge!

Brimming with excitement at beating the forest, I closed my eyes in satisfaction.  When I opened them up again, all the trees around me had disappeared and I was at the edge of the forest again.  Wondering how long I had been in the forest, I went up and asked someone what the date was today.  The man replied that it was 14th June, 2031.  Ten years had passed while I was in the forest!

I woke up this morning and suddenly a thought hit me. It was finally Roman Day, one of the most exciting days in Year 3! I got ready very quickly and my mum drove me to school. When we arrived, we unpacked, wrote in our homework diary and then went to the Performing Arts Studio to start Roman Day. When we got there, Roman Gary was at the front of the room…  Imogen

He was dressed as a centurion in charge of 80 men. He was wearing a silver chest plate that looked as light as a feather, but it was really heavy! He wore orange shorts and brown sandals. He told us that the Roman Empire spread over 32 countries and had 330,000 soldiers. We learnt that the army had four main jobs: conquering, controlling, guarding, and building. Gary had many weapons: swords, shields, spears, javelins, helmets, and a sharp blade. My favourite was the dagger because it had a golden handle.  Ahmed

For lunch, we had Roman food! We had delicious smoky chicken and ham, potatoes, grapes, bread and tomatoes. For pudding we had yummy, hot and delicious apple pie. After lunch we made a Roman game out of charcoal, cloth and clay. Next, we did some battle training with a shield and a spear and shouted ‘ROAR!’ After that we drew some of the artefacts and finally, we made an oil lamp out of clay. We had an amazing day!  Haniyah

Nursery and Rising 3s have been taking part in the Wildlife Trust '30 Days Wild'.  30 Days Wild is a fun, feel-good challenge run by The Wildlife Trust every June. It helped to bring our children even closer to nature in their Nursery outdoor environment, taking small actions that can collectively have a big impact! We have been litter picking, enjoying breakfast outdoors with the morning birds, making flower bombs for the bees, feeding the birds and cloud watching.

Our fruit and vegetable patch is starting to take shape. We are now enjoying eating peas and strawberries that we have grown over the last couple of months. Our pumpkins, brussel sprouts, potatoes, salad onions, tomatoes and giant sunflowers are now also flowering. We look forward to sampling the rest of our fruit and vegetables at a later date.

Forest School is still in full swing as Miss Travis continues to provide amazing activities down in the Haven. Making clay hedgehogs, mud paint, hedgehog houses and using a variety of tools for woodwork. We love it!

As our Rising 3s prepare to move into Pre-School in September, they are starting to participate in more focused learning experiences in relation to numbers, letters, scissor skills and counting. Nursery is having a greater focus on fine motor skills, colours and shapes through a variety of purposeful play experiences such as a colour flower hunt, squeeze bottles with ice and threading bird feeders.

The children in Pre-School have loved taking part in Forest School.  They have made magical fairy gardens and ladders to help the fairies to climb the trees.

They have also enjoyed the adult-led activities and are always asking if they can play a game.  They are now expert rhymers and fabulous at sharing and taking turns.  They are definitely ready for Reception and are very excited about their next big adventure! 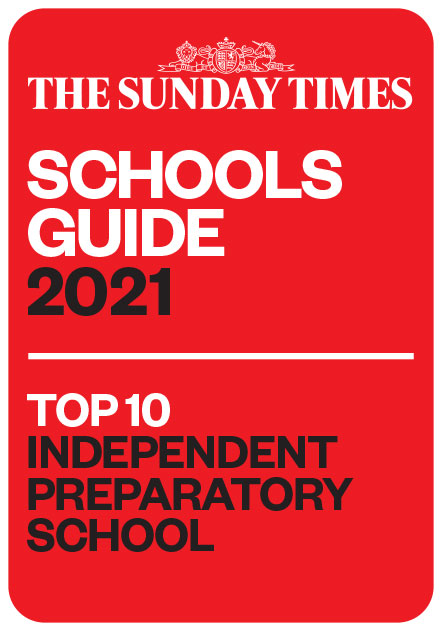